My iPhone can make phone calls?

Last week I sent well over 100 emails (slow week). I Skyped with three people, chatted with more than ten people on a variety of platforms, text messaged at least twenty people, and Facebooked and Tweeted with more people than I care to count. Guess how many phone calls I made? One. And it technically didn’t even count as a call, because I was automatically put into voicemail. 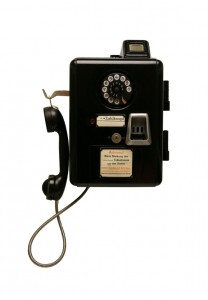 The phone call: So vintage.

The report states that voice usage is decreasing by all age groups except those over the age of 54. “78% of teens recognize the functionality and convenience of SMS and [consider] it easier (22 percent) and faster (20 percent) than voice calls…” 43% of teens claim that texting is the primary reason for getting a cellphone.

When we’re really honest with ourselves – what do we use our smart “phones” for?

Teens and young adults might not be the reality of the current business environment, but as we all know, these age groups are reliable predictors of what is to come. I recently heard a woman who works in HR talking about how fewer and fewer candidates will return her calls. Everyone is emailing her to communicate throughout the interviewing and hiring process. It might sound taboo, but according to research, it looks like this is the future.

Gary Vaynerchuk sums it up better than I can. “The phone call is the new handwritten letter.”

How are we as business owners, marketers and communicators preparing and/or paving the way for this communication shift?